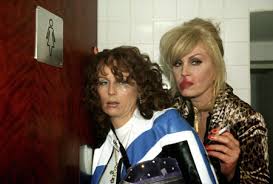 PART TWO of  THE CLEANSE‘s look at Hollywood royalty and there interest in all things colonic.  As we know, colonic therapy can be a very beneficial procedure and you can bet in tinsel town they’re paying top dollar for the same treatment we can offer you in good old Barnet!!!! We are extending our opening offer of 2  x colonics for £80.00. ( RRP £75.00 per treatment ) So, an offer of star quality!!!!

And back to the celebrities who already enjoy ……….

The Cleanse Celebrity number 3……. Leonardo DiCaprio Also now an advocate, Leonardo DiCaprio has said he was initially hesitant to try the hydrotherapy cleanse. Despite his reluctancy, he gave it a try and now speaks highly of the benefits he experienced.  Here at THE CLEANSE we will be waiting with baited breath for the Wolf Of Wolf Street to walk through our door…

The Cleanse Celebrity number 4…… Britney Spears
The recent retransformation of Britney Spears has been, at least partially, credited to her colon cleansing practices. It has been rumored that it was actually her father who convinced her to try the process to support her health, thanks to his own body detoxification experiences. She’s no longer TOXIC.