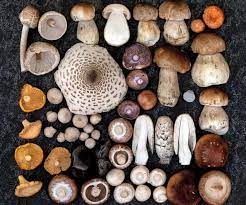 The Facts Of The Fungi

Mushrooms are fungi – by there very nature function to decompose matter. We may think the humble mushroom is a vegetable, fungi actually have a whole kingdom of their own! Its a little know fact that there’s more DNA similarity between mushrooms and mammals than then there is between mushrooms and plants.Mushrooms exhale carbon dioxide and inhale oxygen. These clever morsels even have asexual reproduction cycle and they have the odd ability ” to read the room” asyou are ingesting them. Mushrooms are superb adaptogens  – which basically means they can help the body adept to handle various situations – very clever indeed. There are far too many mushrooms to note however they are divided into four main types some of which you will be familiar with. The four types are culinary, medicinal, psychedelic and poisonous. 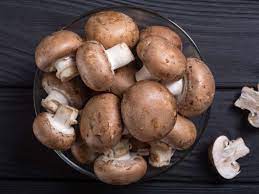 These are the most recognised types – white button, cremini, portabella, shiitake, oyster, enoki, beech, maitake and royal trumpet. All of these are an amazing source of B vitamins, copper and potassium. Another important nutrient found in mushrooms is Vitamin D. Infact mushrooms are the only natural source of Vit D in the produce aisle! Also they have the unique ability to actually create more vitamin D when exposed to either UV light or sunlight.

Functional mushrooms are known as medicinal mushrooms.  They really are a superfood in my opinion, offering us a nymber of benefits including turbo charged immunity, improved aerobic capacity, reduced fatigue, balanced mood and clear thinking. – Whats not to love! Many functional varieties such as cordyceps and reishi are becoming more mainstream and a few already cross into the culinary section, such as shiitake and mitake. Most functional mushrooms don’t particularly taste good or aren’t appropriate to eat.

For ease of ingestion , functional mushrooms are heated and pulverised to break down their tough cellular walls and render some of their nutrients more bioavailable. They are often made into pills and powders. Mushroom coffee is an excellent choice to absorb the benefits of these amazing natural remedies.

This just makes us think of the 60’s! Only 1 percent of all known mushrooms are known as psychedlic or “magic mushrooms”. These mushrooms have the ability to alter our mood and perception with often hallucinogenic side effects.The physcoactive ingredient in magic mushrooms attaches to the same receptors in the brain as serotonin because of its similar chemical structure. Psychedelic mushrooms are categorized as illegal! They are however being researched to help with relief of PTSD, serious depression, Alzheimer’s and even alchoholism.