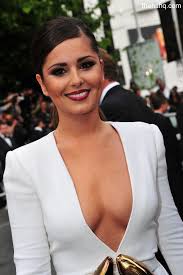 As the silly season approaches, here at THE CLEANSE we ask our self  ” Why is it that common sense disappears when a celebrity swears by the latest fad?
This is in honor of our silly compulsions and get-skinny-quick desires.

1. Clay Cleanse
We’ve heard of celebrities doing ridiculous diets that include maple syrup, purple foods and baby food – but now there’s one that involves drinking clay. Actual clay made from volcanic ash – yikes. Both Zoe Kravitz and Shailene Woodley have admitted using the clay cleanse, with Zoe using it to lose weight for a film role that saw her portraying an anorexic and bulimic – she reportedly lost 20lbs. She told Us Weekly: ‘I ended up drinking clay because it cleans out your body and fills you up. I was eating like a Mason jar of pureed vegetables a day and running.’

Does clay have cleansing abilities that help remove toxins? Yes. But usually clay is used as a face mask to remove skin impurities, or used in a culinary context to eliminate toxicants in food sources.
This wacky trend was brought to the spotlight by actress Shailene Woodley, who described clay as “one of the best things you can put into your body,”. But other than that hype, there is no substantial evidence that clays remove toxins, or that they should be consumed as a purifying measure. There are far better ways to get minerals, and besides, our liver and kidneys do a pretty good job detoxifying our bodies without mud. Let them do their job.
The science behind the clay cleanse is that the substance has binding properties, which cleanse your digestive track by sticking all the rubbish together and removing it when you poo.
Bentonite clay comes in powder form and is mixed with water. Dieters will lose weight because it helps keep them fuller for longer, as well as sweeping out the toxins and heavy metals from the body.
Sarah Brewer, doctor and author of The Total Detox Plan, says ‘[It] isn’t something she would recommend. Clay is very binding, so it could cause constipation and long-term it could even remove useful things from the body like iron.’
And it gets worse: the Food Standards Agency has warned that some products bought from online retailers have been found to contain arsenic, exposure to which could lead to ‘an increased risk of lung, skin and bladder cancer.’
Looks like you should just stick to your good old healthy eating plan instead…
Read more: http://metro.co.uk/2014/07/15/shailene-woodley-and-zoe-kravitz-swear-by-it-but-would-you-drink-clay-to-lose-weight-4798615/#ixzz4QxVJ9E3J
2. Cricket Protein
This one just screams…Im  A Celebrity Get Me Out Of Here!!! Okay, this may not be damaging to your health, but it’s certainly strange and may take some getting used to before they become mainstream. Crickets have already found their way into plenty of popular foods: protein bars, dried as a snack (similar to dried fruit), flour, chips, and cookies.
That’s right, protein derived from creepy, crawly, and even winged creatures is generating buzz among the health obsessed as the new go-to food for fueling your workouts and staying fit and lean.
“When it comes to bugs, the United Nations Food and Agricultural Organization has identified almost 2,000 types of edible insect species,” says Vandana Sheth, RDN, CDE, and spokesperson for the Academy of Nutrition and Dietetics. In fact, in 2013 the UN released a report arguing that insects are a viable — and highly nutritious food source, rich in protein, fiber, vitamins, minerals and healthy fats.
Beyond that, eating insects might be good for the environment, offering an easy, cheap way to feed people worldwide as the planet’s population steadily climbs towards the nine billion mark.

3. The Blood-Type Diet
Researchers from the University of Toronto discovered the theory behind the blood-type diet, which claims an individual’s nutritional needs depends on their blood type, is unfounded and invalid.

Popularized by the popular book Eat Right For Your Type, the theory maintained that one’s blood type can improve health and lower the risk of chronic illnesses like cardiovascular disease. These researchers shut the notion down, saying someone’s ability to respond favorably to a diet depends on his or her ability to stay on the diet, not on their type of blood.
In Eat Right For Your Type Dr D’Admao matches the blood type to dietary recommendations, summarised here.
•The O diet Eat meat (high protein, low carbohydrate). Cut out wheat and most other grains. Engage in vigorous aerobic exercise. Your risk factors for ulcers and inflammatory diseases such as arthritis increase if you eat incorrectly for your type.
•The A diet You should be largely vegetarian (eating a high carbohydrate, low fat diet). Engage in gentle exercise such as yoga or golf and meditate to deal with stress. Your risk factors for cancer and heart disease increase if you eat incorrectly, according to Dr D’Admao.
•The B diet You should have the most varied diet of all the blood types, one including meat; yours is the only blood type that does well with dairy products. Engage in exercise such as moderate swimming or walking. Your risk for slow-growing viruses that attack the nervous system increases if you eat incorrectly for your type.
•The AB diet You have most of the benefits and intolerances of types A and B, so most foods which are recommended for either type A or B will also work for you. Engage in calming exercises and relaxation techniques. You have the friendliest immune system.
In the UK 46 per cent of people have O type blood, 42 per cent A, nine per cent B and three per cent A/B.
Cheryl Cole, Martine McCutcheon, Mirander Kerr and our very own Sir Cliff Richard have all at one time or another been on the blood type diet.
4. Butter Coffee
Now this one is very controversial in my house as my husband, Jamie, swears by them!!! Bulletproof Coffee, recently back int he news, is a caffeinated concoction. Not your typical cup of coffee, it’s brewed with two-thirds of a stick of grass-fed butter. Let’s be clear; grass-fed butter is still butter, whether it comes from cows, sheep, goats, or yaks, it’s still adding 100 to 200 calories to your coffee.
The beverage is said to boost energy, shrink your waistline, and promote brain function, however a report in the Daily Mail says “any extra energy experienced by drinkers is merely a placebo effect,”.
Butter is high in saturated fat, which raises cholesterol and increases your risk of heart disease and stroke. But those who follow the Paleo diet will likely be fans of the coffee since it falls within their hat-fat regimen.

5. Charcoal Cleanse
Hospitals use a special charcoal cocktail to flush poison and alcohol out of patients’ systems. In 2014, normal people decided the black mess at the bottom of their grill would work great as a cleansing agent.
Activated charcoal is special, The DailyBurn reports, because of its efficacy in large surface areas. Carbon is treated with an oxidizing agent, which turns it to a fine dust with millions of pores and an immediate surface area that reduces the body’s absorption of poison (drugs and alcohol) by 47 percent. Everything—charcoal doesn’t discriminate, it will absorb everything—in your gut will stick to the charcoal and move through your body to be expelled in your next bowel movement. Lovely.fads celebrity
 This black, sandy substance may have a proven track record in urgent care settings, but that doesn’t mean it’s safe to self-administer. If you decide to use it anyway,  take it under the guidance of a doctor so they can track your liver and enzyme levels, to ensure your body is not becoming depleted of essential nutrients.
It’s also important to note that the powder, which will turn your stools black when ingested, can mask upper GI bleeding that may be a side effect of serious digestive distress.
The biggest thing to keep in mind is to figure out the cause of your digestive problem before running to take activated charcoal. There might be something else going on in your system that is causing your symptoms.

 AND NOW FOR SOME SENSIBLE ADVICE…..Colonic Therapy IS an amazing treatment that leaves you feeling less bloated, helps to lose weight and will have you feeling regenerated. It will put a spring in your step! You will find yo sleep better and have mental clarity.
Kick start your feel good campaign here at THE CLEANSE why don’t you book NOW for our special offer of 2 sessions for just £80.00.