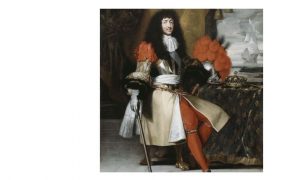 Though enemas never really went away, it was the pre-revolutionary French, taking a cue from their much-adored monarch, who carried an enthusiasm for enemas to the extreme. To say Louis XIV (1638-1715) was fond of enemas would be a vast understatement. The Sun King was such a fervent advocate of the procedure that he reportedly had thousands and thousands of them in his lifetime. Though the idea of the enema was much the same as in ancient times, the delivery system had evolved quite a bit. Instead of a simple bone and bottle, the clyster syringe, with its specially designed rectal nozzle and plunger, helped propel the solution into the rectum with gusto.

Enemas proved addictive to the charismatic monarch. In the beginning, every night after dinner, Louis would briefly excuse himself to indulge in a little postprandial flush. But after a few years, derriere douching became so popular that the stigma attached to it fell by the wayside. People would enjoy some three or four lavements a day. It wasn’t long before Louis would actually confer with his advisors and hang out with his buddies while receiving his enemas.

And the trend wasn’t reserved for royalty alone. Any fashionable lady who desired a beautiful complexion had to have enemas administered on a regular basis by servants who were experts in the task. Those slightly embarrassed by the prospect, but still desiring its beneficial effects, might purchase one of the special, bent clyster syringes, designed for self-application. Alternatively, there was an optional buttocks-cover attachment, for those modest ladies too squeamish to attend to their lavements all by themselves. Most women, however, were not modest about enemas at all. A famous account in the memoirs of the Duc de Saint-Simon (1675 -1755) had the Duchess of Bourgogne chatting with the king during a crowded party while her loyal maid crawled beneath her bejewelled evening gown to administer an enema!

As for the king and his own beloved bottom boosts, he credited them as the reason behind his health and longevity. Perhaps there was something to his cleansing clysters: Louis XIV ruled France for 72 years, the longest reign in modern European history.